NOËL - a Holiday musical for the whole familiy!

VenuWorks Theatricals’ debut project is the new musical, “NOËL”, by world renowned creator of the Artemis Fowl series, author Eoin Colfer and movie composer, Liam Bates. It's a beautiful story of a young girl who loses her joy of performing with the disappearance of her mother. On a journey to find her, NOËL meets a motley crew of characters who want to help and in doing so they rediscover their belief in the magic of Christmas and in themselves.

NOËL made its debut to great acclaim at the National Opera House in Ireland on December 19, 2016 for a week of performances. The show is now being developed for a National U.S. tour in 2018

NOËL THE HOLIDAY MUSICAL FOR THE ENTIRE FAMILY

VenuWorks Theatricals’ debut project is the new musical, “NOËL”, by world renowned children’s author Eoin Colfer (Artemis Fowl / Disney) (MGM Television) and movie composer, Liam Bates. It's a beautiful story of a young girl who loses her joy of performing with the disappearance of her mother. On a journey to find her, NOËL meets a motley crew of characters who want to help and in doing so they rediscover their belief in the magic of Christmas and in themselves.

NOËL made its debut to great acclaim at the National Opera House in Ireland on December 19, 2016 for a week of performances. The show had its first National U.S. Tour in 2018.

NOËL, set in modern day London, tells a heartwarming tale of a little girl (Noël), who is preparing for her starring role in a school Christmas play when her mother suddenly disappears. To avoid being taken into care, Noël keeps her mother’s disappearance a secret and embarks alone on a quest to find her. Along the way, she befriends a diverse group of homeless characters, who have themselves lost their way in life; Duchess, a lady with a mysterious past; Edgar, a disabled veteran and Nick, a curmudgeon who has lost his faith in humanity. As the story progresses, we discover that Nick is indeed Santa Claus, and has become disenchanted with a world that he believes has forgotten the true meaning of Christmas. Noël’s bright innocence and unwavering belief in finding her mother, inspires Nick to find joy again as he falls in love with Duchess and with life itself. Nick, Duchess and Edgar learn to embrace life once more, finding love and hope in themselves and in the world.

The team behind NOËL the Musical has quite the theatrical pedigree. NOËL is the creation of Eoin Colfer (book) and Liam Bates (music). Eoin is a New York Times bestselling author who has achieved international acclaim for his hugely successful series of children’s books Artemis Fowl, which have sold over 25 million copies worldwide. Recently adapted into a movie by Disney starring Dame Judy Dench and directed by Kenneth Brannagh. Artemis Fowl the movie will be released in August 2019. In addition to his Artemis Fowl success Eoin also teamed with Marvel to create the Iron Man novel, The Gauntlet, released in 2016.

Liam Bates is an Irish composer, orchestrator and conductor who has won both a Promax Gold Award and the John McCabe Prize. He is renowned for his elegant brush strokes of orchestral color and is an innovative and highly sought-after composer. As a student at the Royal Academy of London he received master classes from none other than composer Leonard Bernstein. He has composed music and songs for movies such as Don Juan De Marco, Leap Year, Last Passenger and Earthbound.

Sam Scalamoni, a highly accomplished and award-winning director, is at the helm for NOEL’s inaugural North American tour. Mr. Scalamoni, the current director for the hugely successful and critically acclaimed Elf the Musical National Tours, also recently directed Disney’s Beauty and the Beast for the Ogunquit Playhouse and served as Associate Director for its most recent National and International Tours. He is the recipient of several awards including a SALT Award for Best Director of a Musical and Best Musical of the Year (Les Miserables), and a Broadway World Award for Best Director of a Play (Agatha Christie’s An Unexpected Guest).

The set for NOËL reflects the theme of the story, where “found things” (an old park bench on its side, broken bicycle, etc.) that have been cast aside by others are used and cherished by the homeless. They eventually become noticed for their value, illuminating them and turning them into something magical and hopeful. The talented Christine Peters (ELF, Miss Saigon) is responsible for the Set Design and the production is joined by Sound Designer Walter Trabach (SpongeBob Squarepants), Lighting Designer Brian Nason and Costume Designer Wendi Zea.

Executive producers, Venuworks Theatricals first produced NOËL at Ireland’s National Opera House in Wexford in 2016 to huge acclaim and plan to bring NOËL to cities across the US and Canada in the coming years. 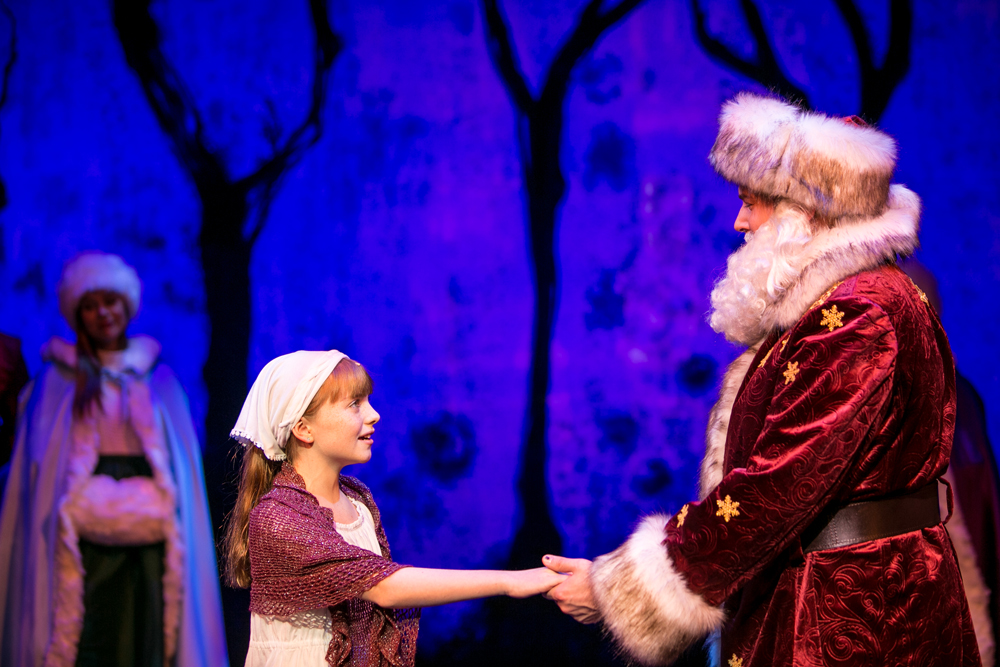 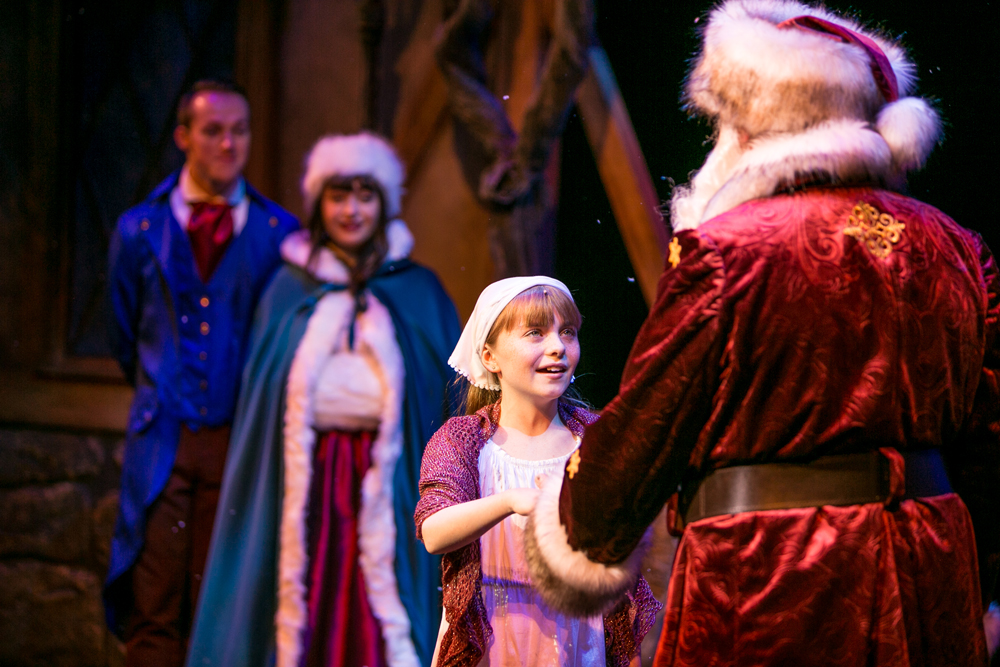 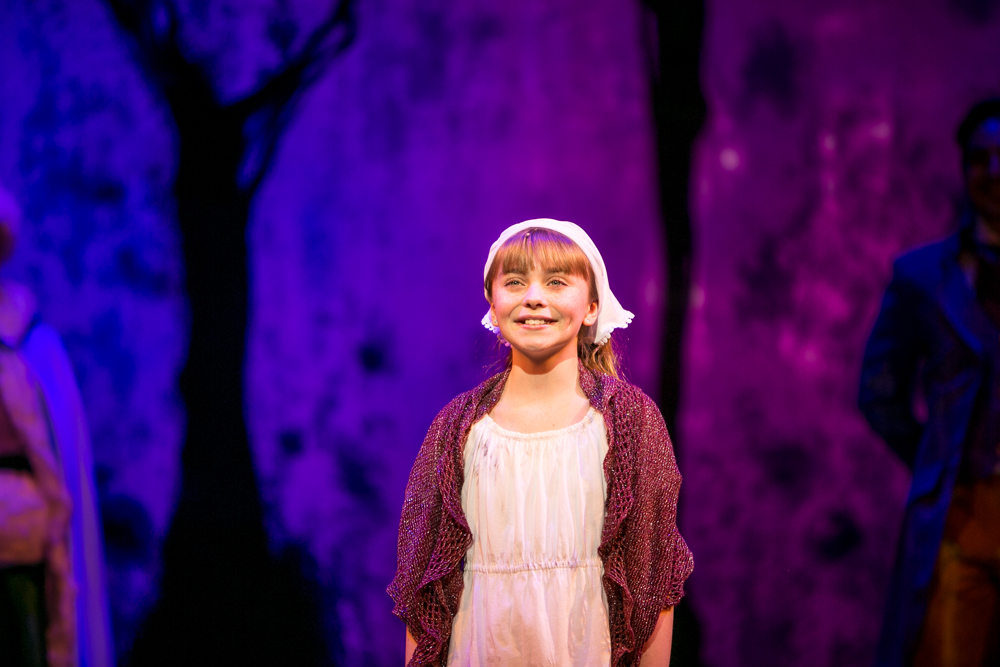 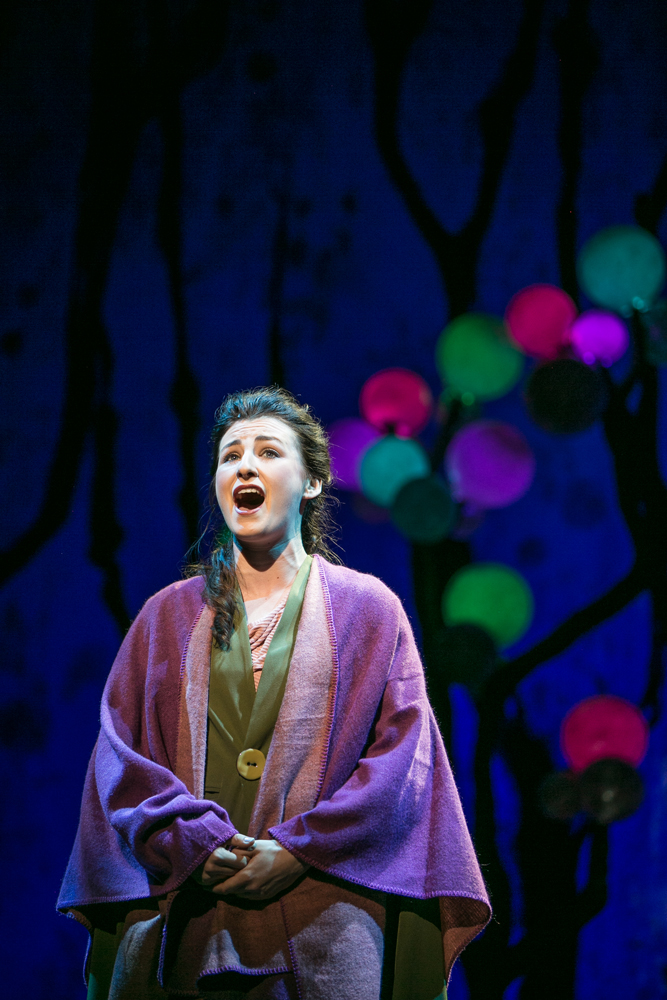 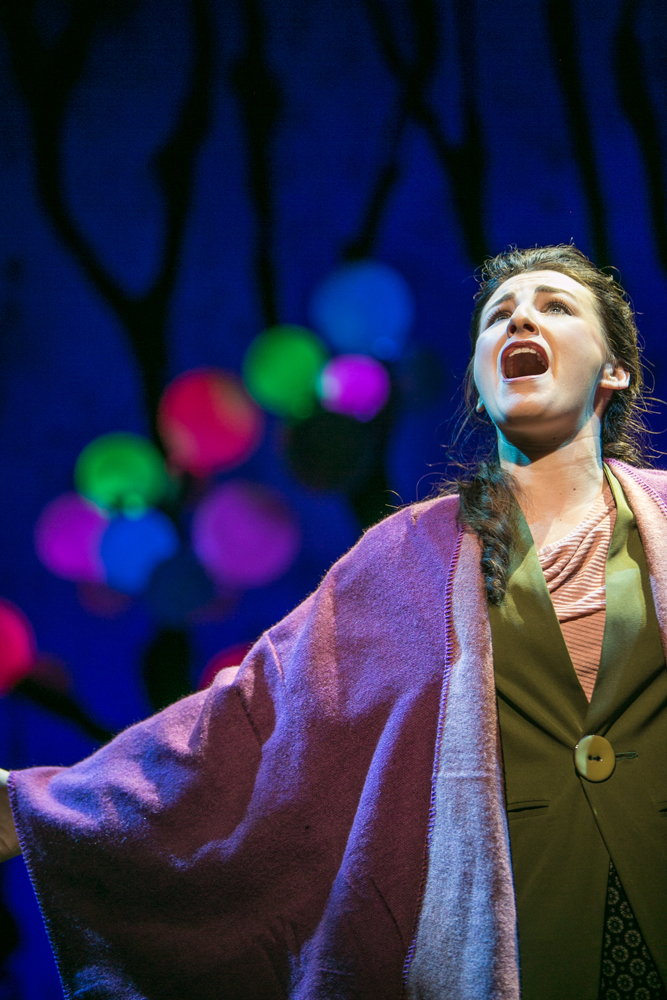 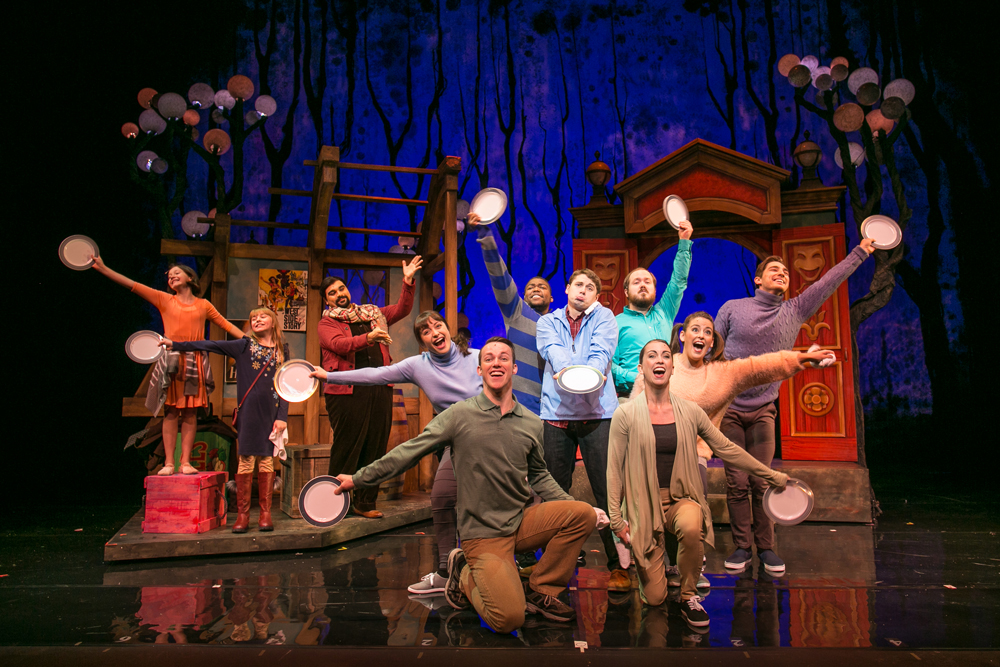 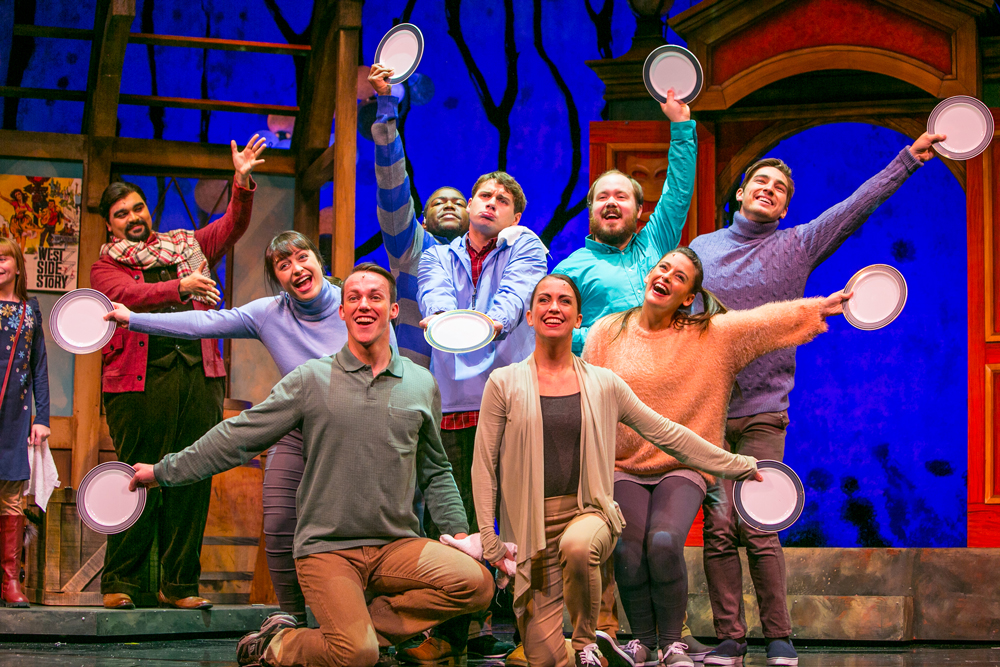 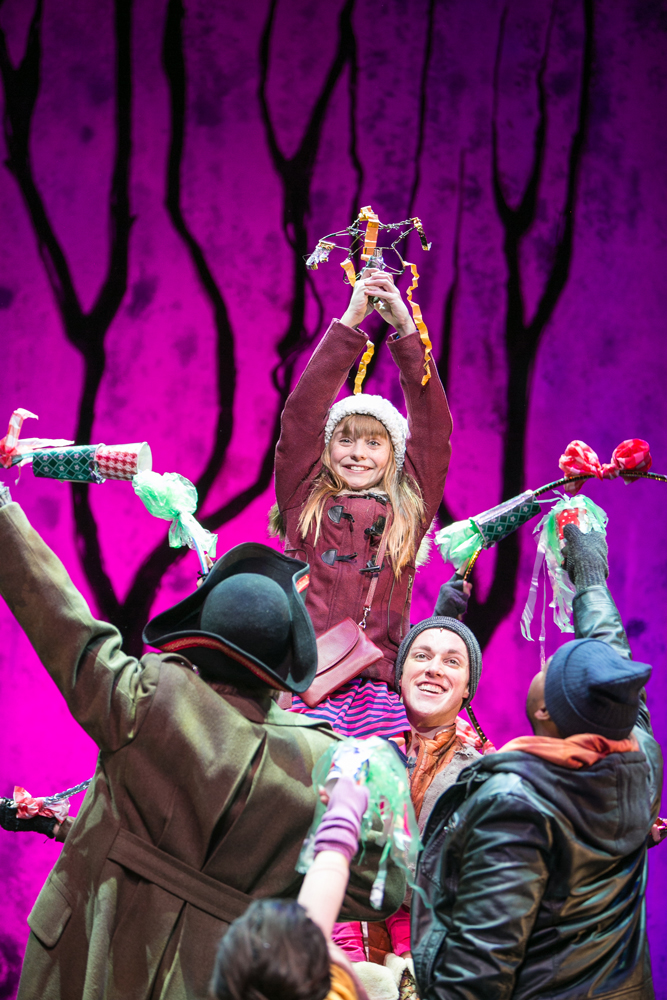 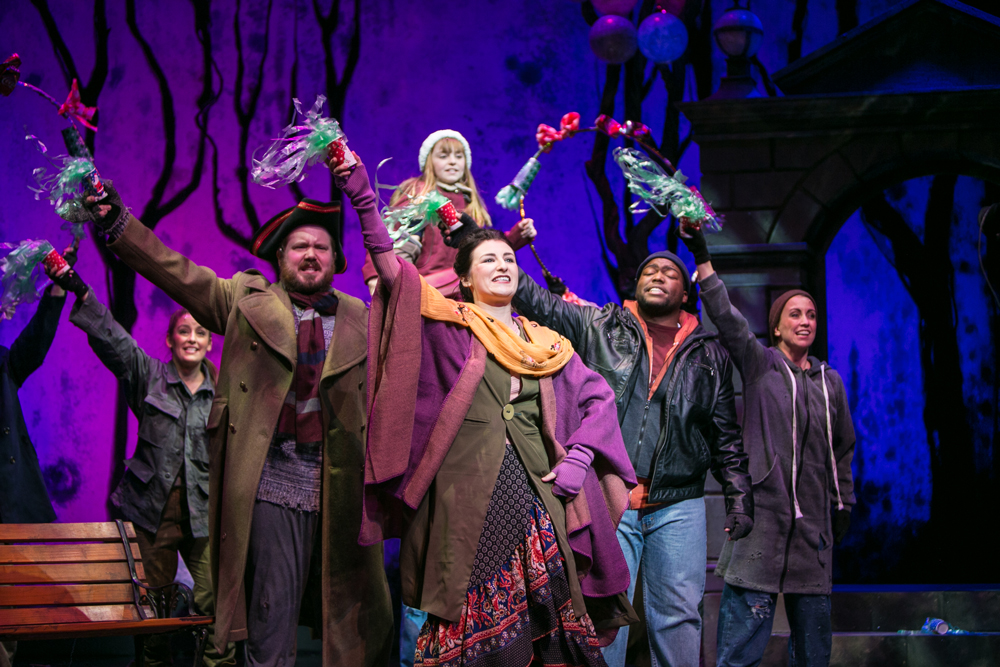 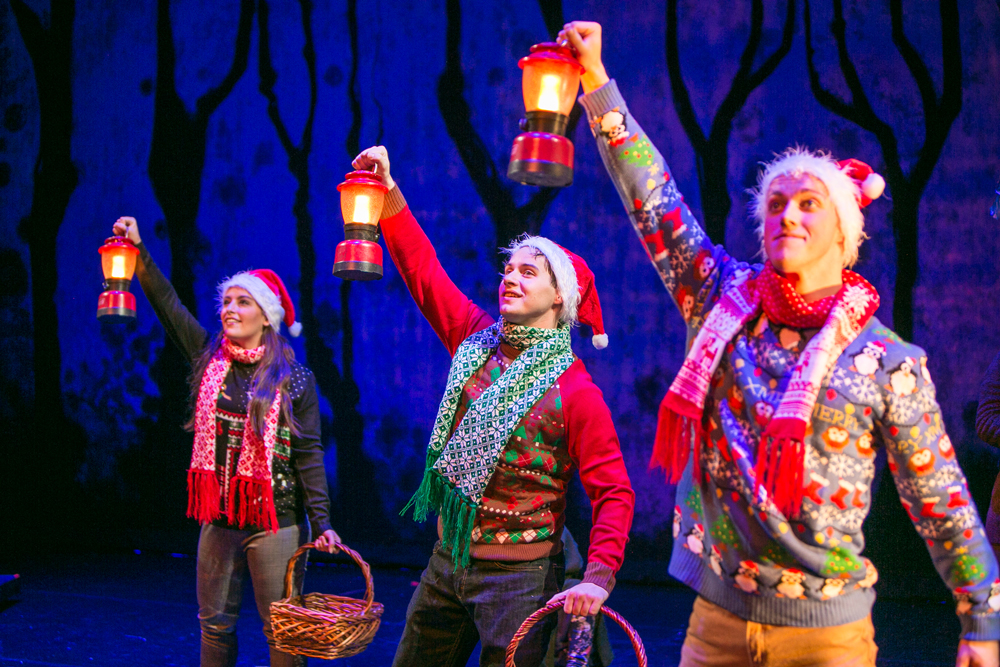 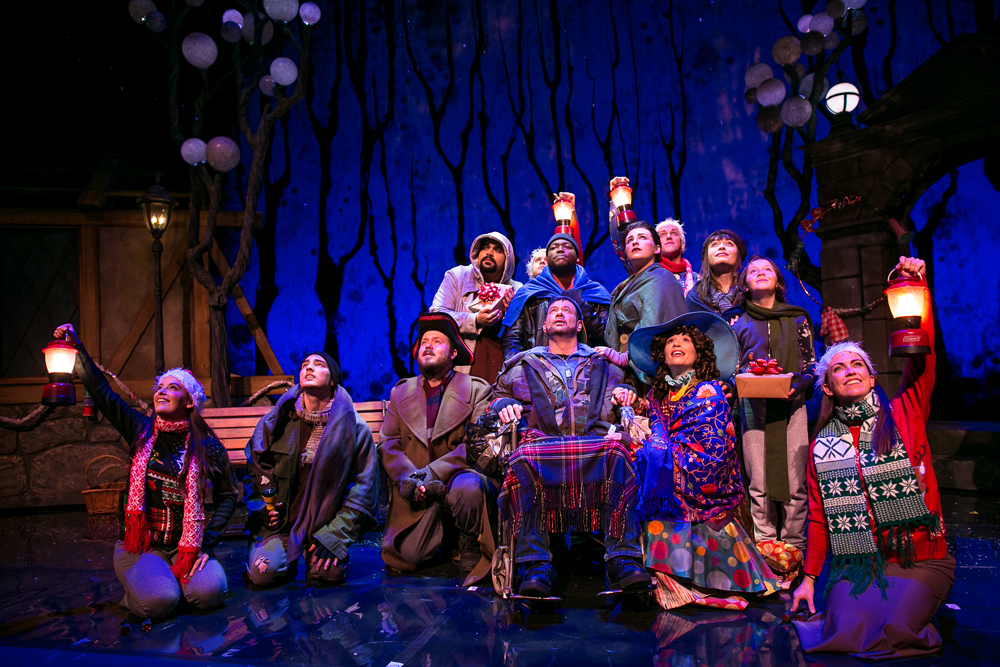 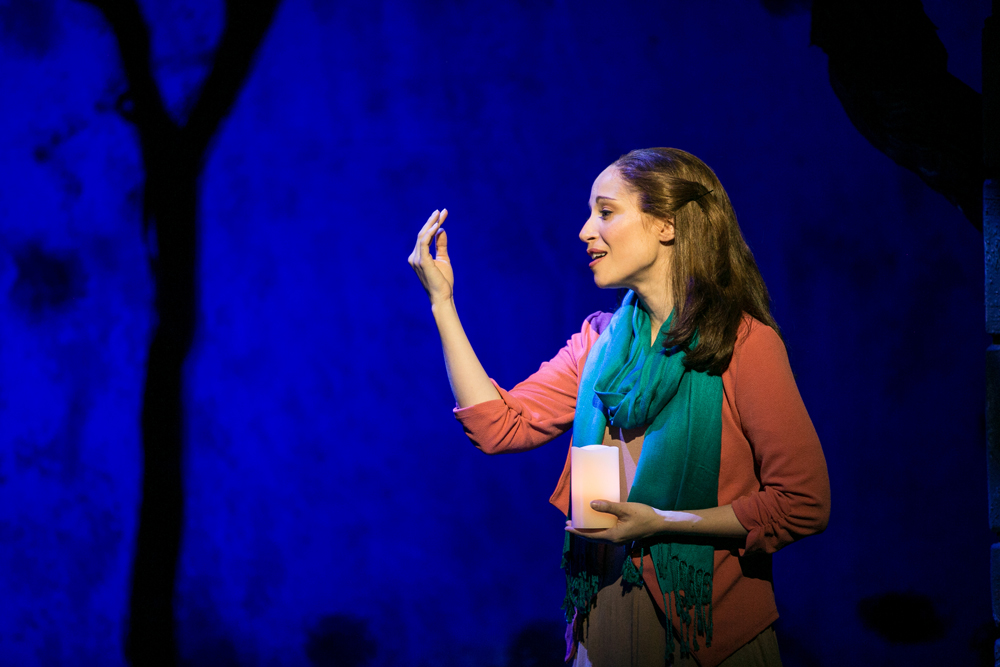 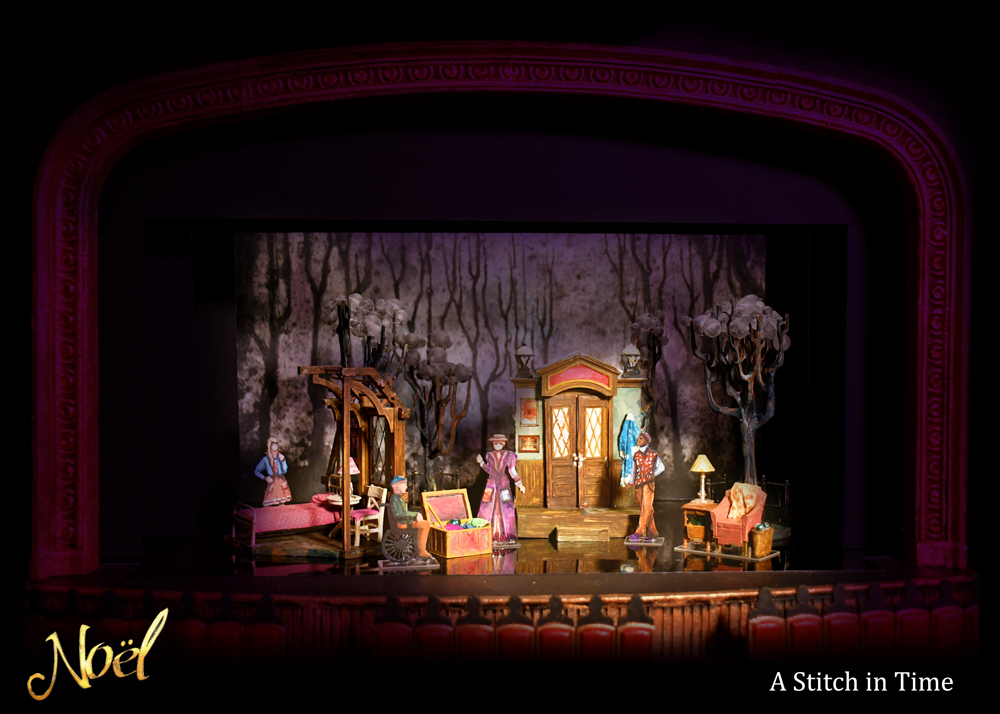 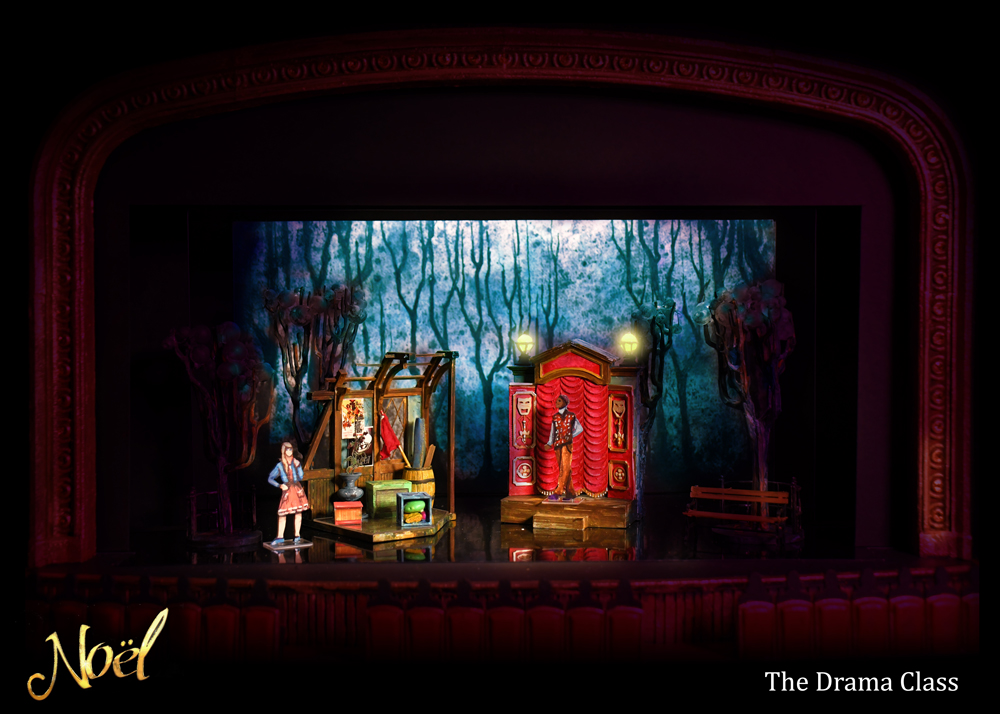 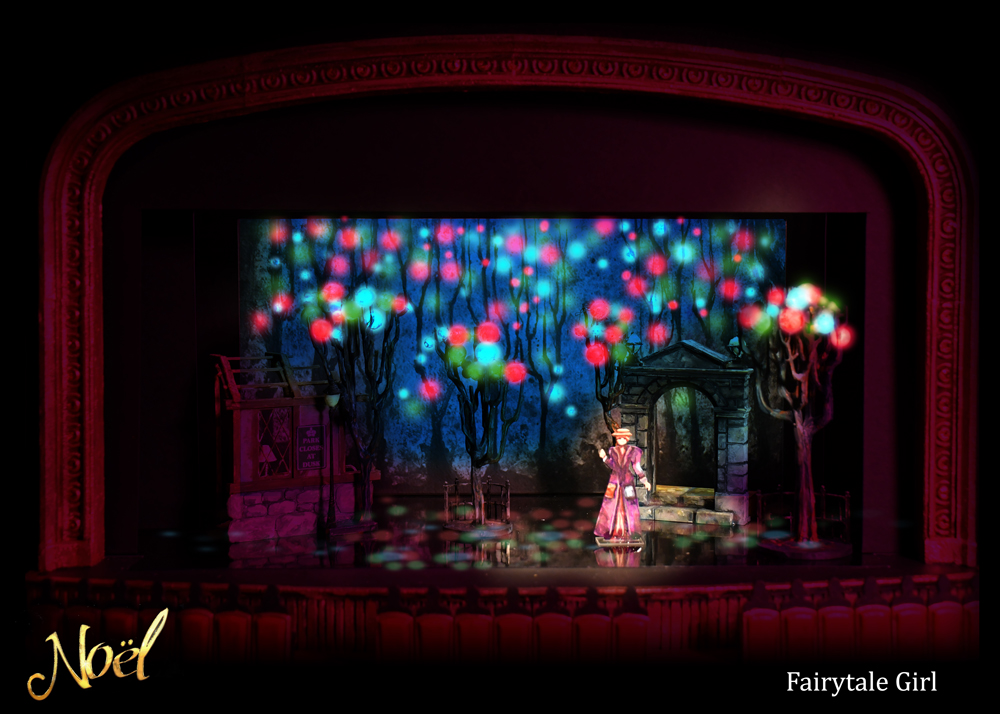 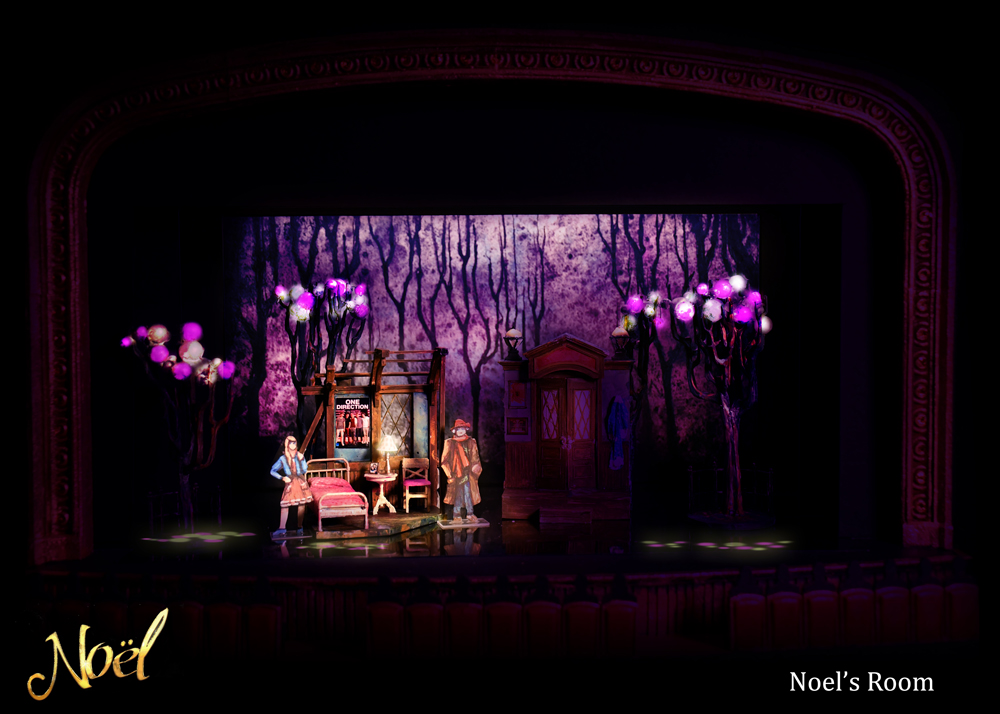 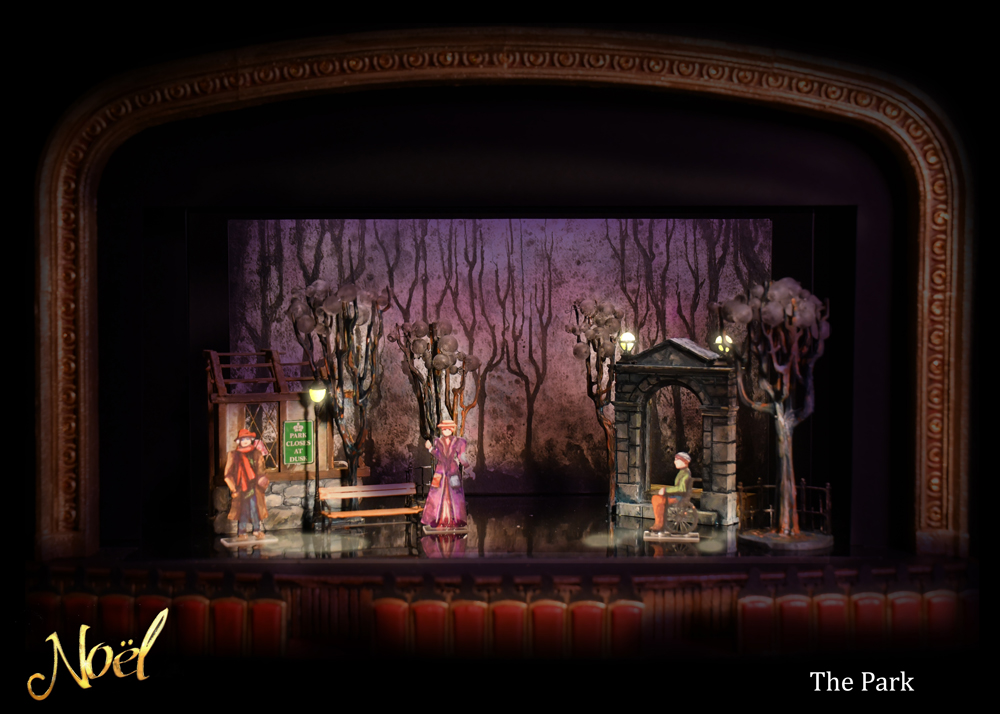 He attained worldwide recognition in 2001, when the first Artemis Fowl book was published and became a New York Times Best Seller, as did the sequels. Among his other popular works are Half Moon Investigations, The Wish List, The Supernaturalist, and a series of Eoin Colfer’s Legends. In January 2008, Colfer published a book titled Airman, another best-seller. His latest novel, Warp The Reluctant Assassin has been nominated for the CBI Book of the Year. Director Kenneth Branagh will direct the film adaptation of the first two in the series for Disney in August 2019. The movie will star Judy Dench and Josh Gad.

In April 2016, Eoin teamed with Marvel to release to create the latest Iron Man novel, The Gauntlet

In 2009 Colfer was chosen to write the sixth installment of Douglas Adams’ The Hitchhiker’s Guide to the Galaxy “trilogy”, by the author’s wife, Jane Belson.

To celebrate the 50th Anniversary of the Doctor Who series, the BBC commissioned Eoin to write an eBook in 2013.

A former schoolteacher, Eoin Colfer lives in Wexford, Ireland with his wife, Jackie, and two children, Séan and Finn. Eoin is a laureate for children’s literature in Ireland.

Eoin Colfer will be handling the German language adaptation - author of the Artemis Fowl series (selling 25 million copies worldwide) which is currently being made into Disney movie starring Judy Dench and Josh Gad and directed by Kenneth Branagh for global release in August 2019.

Liam Bates is Irish composer, orchestrator and conductor. Based in Wexford, Liam works internationally and has studios in Ireland and London. Renowned for his elegant brush strokes of orchestral colour he has quickly gained a reputation as an innovative and highly sought after composer.

As a composer for film, productions include Last Passenger directed by Omid Nooshin (starring Dougray Scott) for NDF, Future Films and Pathé and Earthbound directed by Alan Brennan starring Rafe Spall and David Morrissey. Songs he has produced include those for the romantic comedy Leap Year (starring Amy Adams and Matthew Goode) directed by Anand Tucker.

Liam studied composition with Giles Swayne and Susan Bradshaw. He won the John McCabe prize for his composition Seven Last Words and a Promax World Gold Award for his orchestral work Part of Life. Liam went on to study conducting with Norman Del Mar and Austrian born conductor Albert Rosen and in 1993 he took up a six month position as conductor of the Teatrul National Opereta, Bucharest. During this period he was a regular guest conductor with the Bucharest State Opera Orchestra.

In the concert hall, recent commissioned works include Automaton, performed by the RTÉ Concert Orchestra at the National Concert Hall, Dublin and the Lincoln Centre in New York and Psalm, performed in the Vatican this October. In September 2012, Liam was commissioned to write a new work for Irish ballet dancer and choreographer, Monica Loughman.

He is regularly engaged as a conductor both in the concert hall and in the recording studio, having worked with Pete Townsend, Nancy Gustavson, Luciano Pavarotti, Meat Loaf and Bryan Adams and as well as other film composers.

Mr. Scalamoni is a freelance New York based director of theatre across the US and world wide. He is the director of the critically acclaimed National Tours of Elf the Musical which launches its 10th and 11th company this year with two tours crossing the US in 2017, one playing The Theatre at Madison Square Garden in December! Currently in development is a new musical, 1000 Faces, based on the life of film legend Lon Chaney, Unbelievable, based on baseball legend Jackie Mitchell and a stage adaptation of the MGM musical Summer Stock.

Most recently he directed Disney’s Beauty and the Beast for the Ogunquit Playhouse. Mr. Scalamoni served as the Associate Director of the most recent National and International Tours of Disney’s Beauty and the Beast which he also supervised on Broadway and mounted multiple companies world wide. He also directed Les Miserables winning the SALT Award for Best Director of a Musical and Best Musical of the Year and Agatha Christie’s An Unexpected Guest, winning the Broadway World Award for Best Director of a Play both at Cortland Repertory Theatre. Other tours directed; Nickelodeon’s Storytime Live! which broke box office records at Radio City Music Hall and the National Tour of The Gazillion Bubble Show.

Mr. Scalamoni’s direction of original works include the two original incarnations of Alan Menken’s Broadway musical Leap of Faith in workshop, the original development workshop of Mulan Jr. for Disney Theatrical Productions, a workshop presentation of Sense and Sensibility at Playwrights Horizons, workshops of the musical At the Back of the North Wind at the the National Arts Club and The Village Theatre, a workshop of The New Picasso at New World Stages, Treaty 321! at the Lucille Lortel, and Fidelity Futurestageat New World Stages for Richard Frankel Productions. He currently serves as the Artistic Director of Skyline Theatre Company, a professional non-profit theatre company in New Jersey.