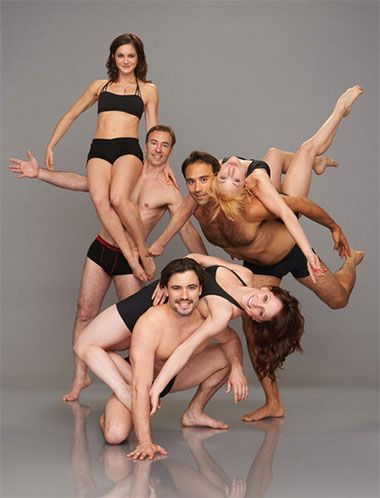 The Amazing Magic of Shadow Dancing As seen on America’s Got Talent. You’ve got to see it to believe it. A magical theatrical art form of shadow dancing combines dance, story-telling and sculpture. Audiences of all ages love what appear to be effortless transformations and applaud over and over as more and more images appear.

An America’s Got Talent finalist from Season 8, Catapult features incredible dancers who work behind a screen to create magical shadow silhouettes of shapes from the world around us. Be amazed as you watch their bodies transform into a mountain, an elephant, a dragon, even a helicopter! You’ll never figure out how they do it, and you won’t know what they will create next – you’ll be surprised and delighted again and again. Packed with hundreds of shape transformation, the show is full of humor, emotion and engaging stories.

Catapult is, technically, a shadow dance company. What it really is: a theatrical art form that is an amazingly imaginative combination of dance, story-telling, and sculpture. Founded in 2009, by Adam Battlestein (choreographer, Creative Director and Master Teaching Artist for Pilobolus Dance Theatre for 19 years), Catapult catapulted to fame on Season 8 of America’s Got Talent, earning their way to the finals of the NBC-TV hit show.

Catapult is all about the human body and its ability to transform. The talented Catapult dancers work behind a screen to create seemingly impossible dancing shadow silhouettes of shapes from the world around us. You won’t believe your eyes as you watch these incredible dancers become a mountain, a full size elephant, a helicopter, a house with a window and people inside the window. You will never figure out how they do it, and you won’t know what they will make next – you will be surprised and delighted again and again. Audiences of all ages love what appear to be effortless transformations and applaud over and over as more and more unbelievable images appear.

Catapult’s “Magic Shadows” show is packed with hundreds of shape transformations, and it is full of humor, emotion, and engaging stories. There are 8 fully realized stories told through music and shadows and 6 short shadow dance videos which play between the live dances – brief moments of poetry or humor which perfectly cleanse the palate and prepare the audience for their next shadow journey. Audiences leave this show dazed and happy, and they will never look at their own shadow the same way again!

This show has performed around the world for the past 3 years. Master Classes and Community/Educational Workshops are available.

As Howie Mandel put it: “Catapult Entertainment has been CATAPULTED”! Millions of people were amazed by the company and fell in love with our four network television presentations on the number 1 hit show America’s Got Talent. Howard Stern bowed to us and called us a “million dollar act”, Heidi Klum still has a crush on us and Mel B wanted our bodies! Offers to perform overwhelmed us like a tidal wave. Catapult has been touring worldwide ever since. We have performed live for the royal family in Saudi Arabia, wowed audiences in Geneva, Stockholm, Vilnius – Lithuania, Lagos Nigeria, Monte Carlo, Lincoln Center in New York and of course Las Vegas, Nevada. In addition, Catapult has grown a devoted audience in Germany which has commissioned extensive touring for the third year in a row. Each year our touring has grown until now we are doing 4 months and over 88 shows all over the country. Italy has also become a hot spot for Catapult and we just completed our second season of touring all over the country there with more than 10,000 people flocking to see the company. Plans are underway already for another tour of Italy and even more extensive touring in Spain, France and England next year. Catapult has provided shadow choreography for an original musical bound for Broadway next season and continues to create new work and to innovate within the genre. No other company has our proprietary technology for creating color shadows and our dance “Angel Heart” is unlike anything else out there. Many major corporations have hired Catapult to represent their brand and tell their story. Here is a list of just some of them: Bridgestone Tires, Girl Scouts USA, John Deere Tractor, William Raveis Realty, Project Hope, YMCA, Pfizer Pharmaceutical, Eli Lily Pharmaceutical, Abbot Pharmaceutical, National Association of Homebuilders (the biggest convention of its kind in the world), Ultimate Software and many more. We were recently a special guest on the television show, Italia’s Got Talent and our other Television and film credits include four network appearances on America’s Got Talent, several films for internet and appearances by the company’s director, Adam Battelstein, on Good Morning America, The Today show, The Conan O Brien show, The Oprah Winfrey Show and the 2007 Academy Awards. There is no question that Catapult is a rising star with a bright future and the top company of its kind in the world.