The exhibit will be adapted to the conditions on site.

Duration of the exhibition:

Scope of the exhibition

A key work of art history

"One of you will betray me."

At the last meal Jesus had with his disciples, he had a frightening message for them: "One of you will betray me," [Matthew 26:21]. The whole company was then in an uproar. Who is the traitor? Artist and polymath Leonardo (1452-1519) captures this moment at the refectory of the Santa Maria delle Grazie convent in Milan, all at an impressive scale of 9x4.2 m / 29.5x14 ft. This exhibit presents a monumental reproduction of the painting on a 1:1 scale.

The Last Supper is one of Leonardo da Vinci's most important works. He worked on it from 1495 to 1497 after being commissioned by Duke of Milan Ludovico I. Sforza. 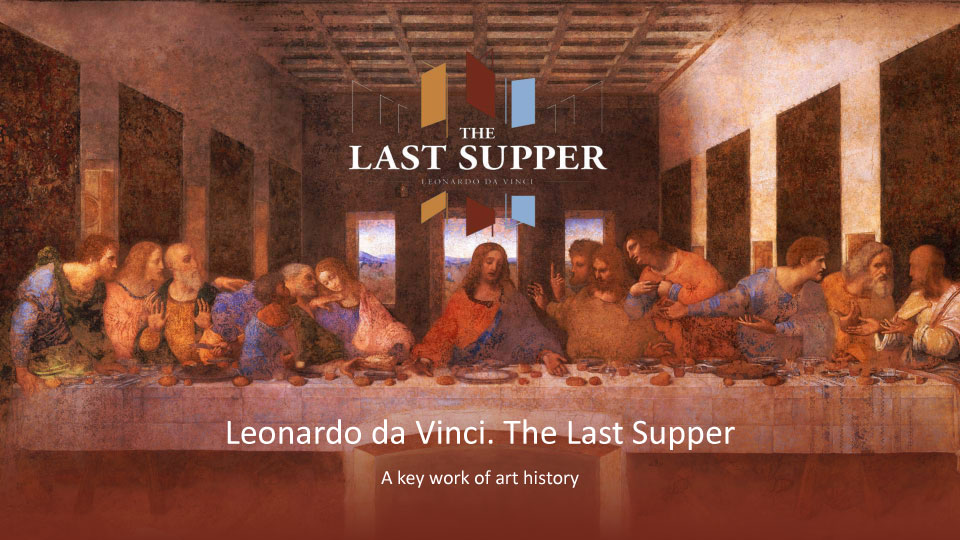 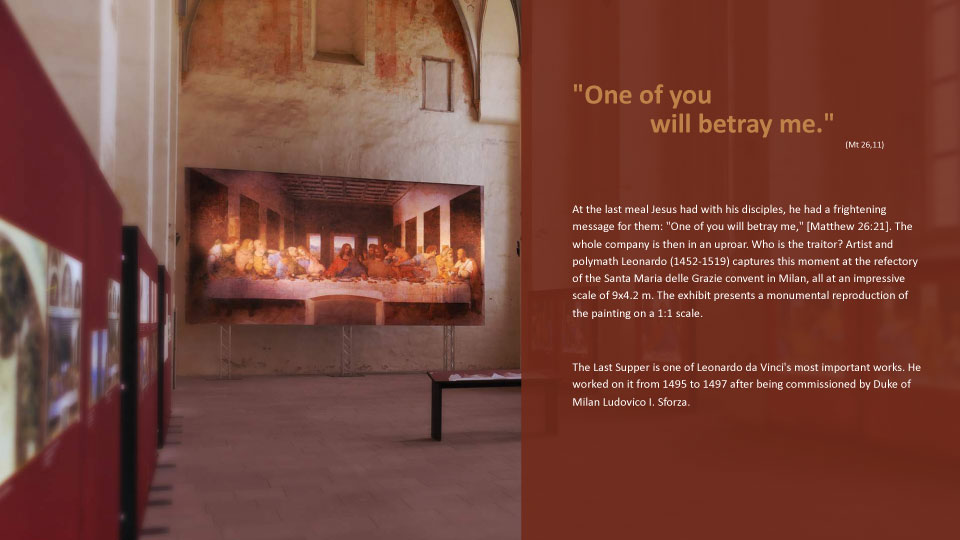 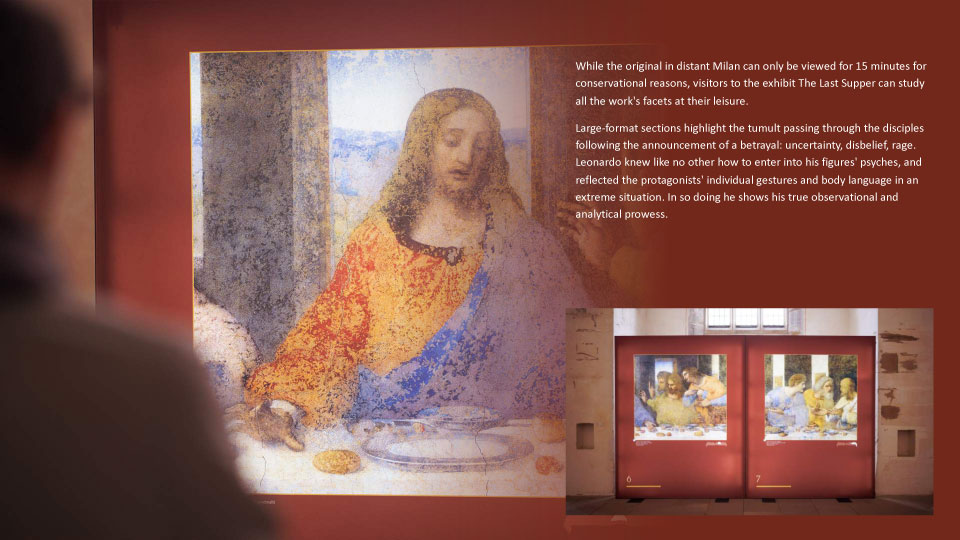 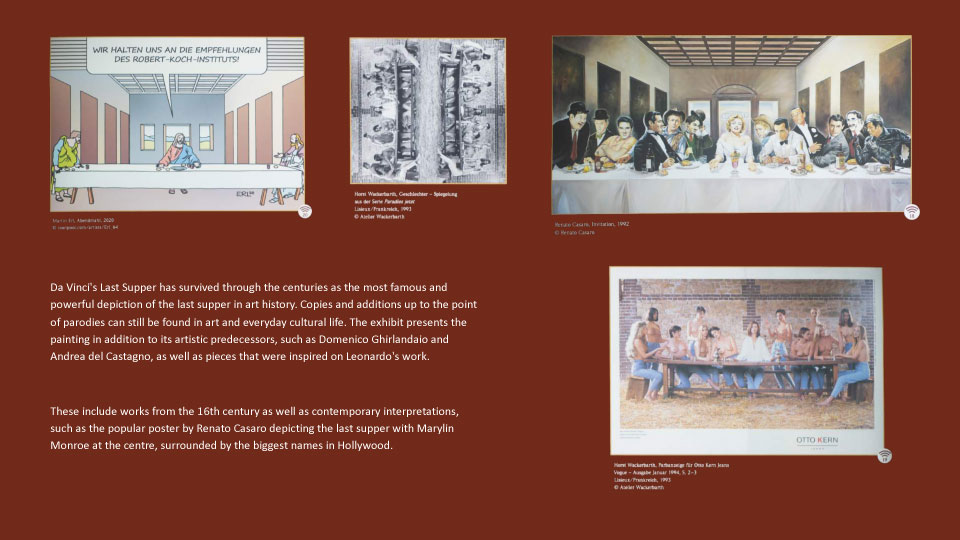 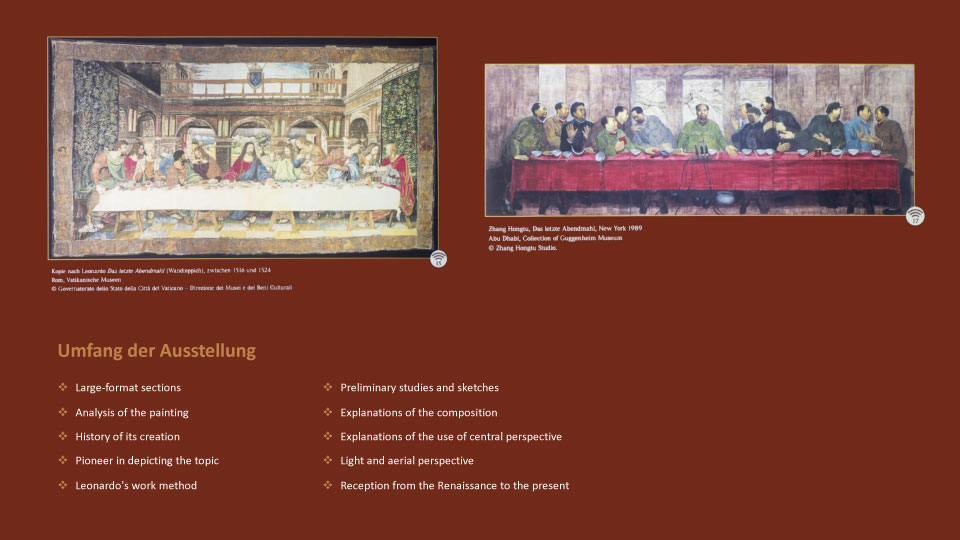 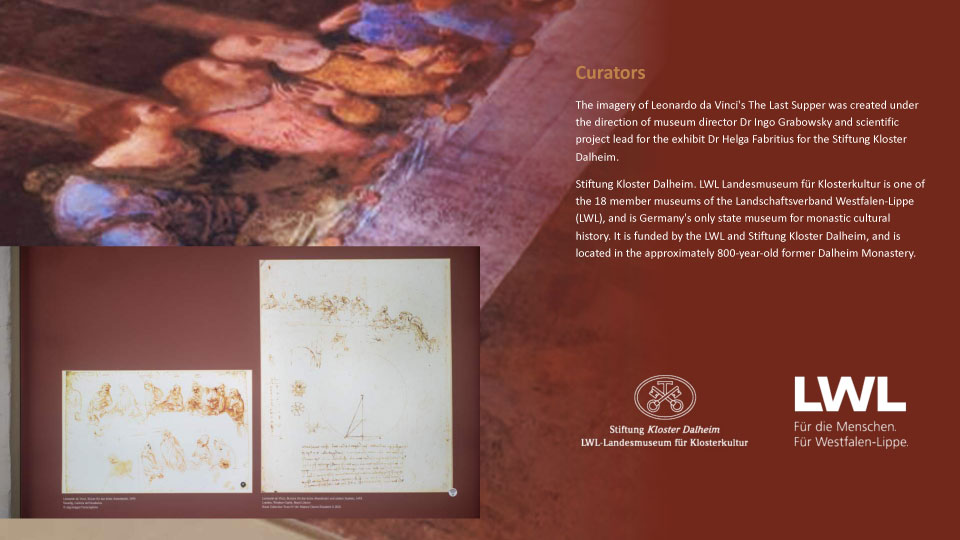 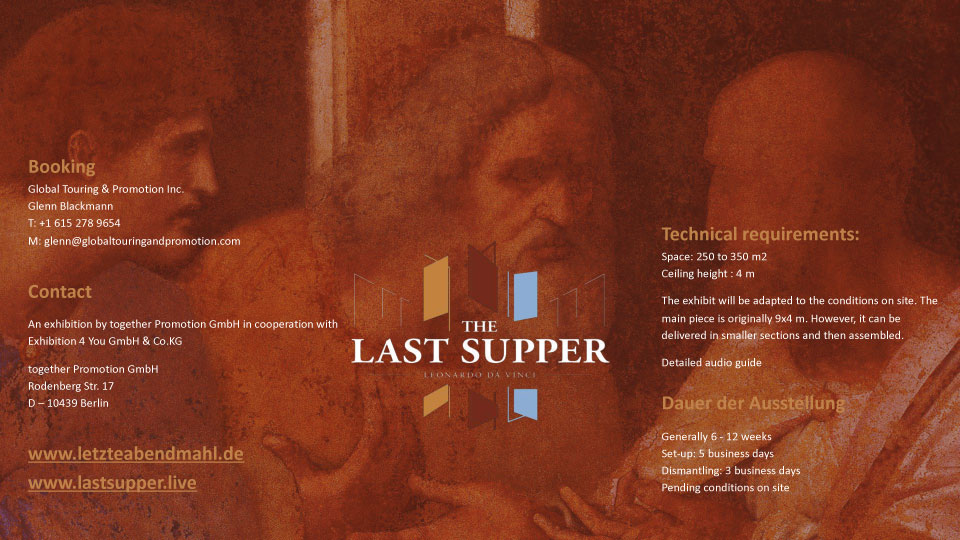 While the original in distant Milan can only be viewed for 15 minutes for conservational reasons, visitors to the exhibit The Last Supper can study all the work's facets at their leisure.

Large-format sections highlight the tumult passing through the disciples following the announcement of a betrayal: uncertainty, disbelief, rage. Leonardo knew like no other how to enter into his figures' psyches, and reflected the protagonists' individual gestures and body language in an extreme situation. In so doing he shows his true observational and analytical prowess.

Da Vinci's Last Supper has survived through the centuries as the most famous and powerful depiction of the last supper in art history. Copies and additions up to the point of parodies can still be found in art and everyday cultural life. The exhibit presents the painting in addition to its artistic predecessors, such as Domenico Ghirlandaio and Andrea del Castagno, as well as pieces that were inspired on Leonardo's work.

These include works from the 16th century as well as contemporary interpretations, such as the popular poster by Renato Casaro depicting the last supper with Marylin Monroe at the center, surrounded by the biggest names in Hollywood.

The imagery of Leonardo da Vinci's The Last Supper was created under the direction of museum director Dr Ingo Grabowsky and scientific project lead for the exhibit Dr Helga Fabritius for the Stiftung Kloster Dalheim.
Stiftung Kloster Dalheim. LWL Landesmuseum für Klosterkultur is one of the 18 member museums of the Landschaftsverband Westfalen-Lippe (LWL), and is Germany's only state museum for monastic cultural history. It is funded by the LWL and Stiftung Kloster Dalheim, and is located in the approximately 800-year-old former Dalheim Monastery.

Produced by Promotion GmbH in cooperation with Exhibition 4 You GmbH & Co.KG

Schedule a time to learn more about this show and to discuss how we can bring it to your venue or special event.

Find a time that works for both of us!

Other great exhibits worth checking out 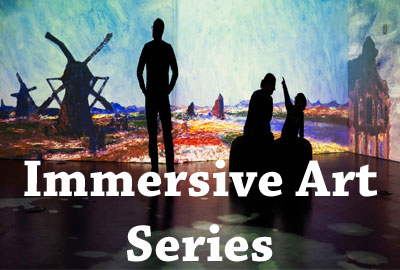 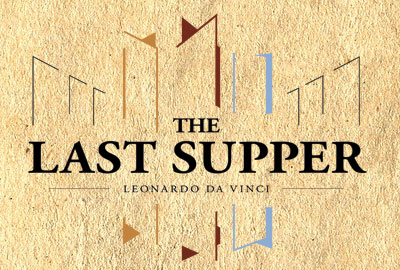 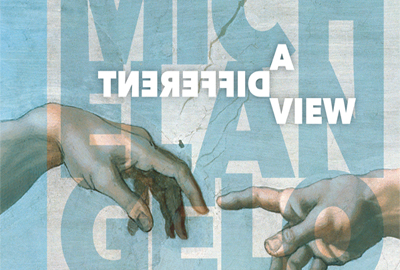